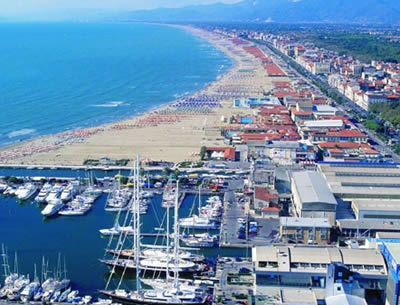 Versilia and its beaches are reachable by car in less than 50 minutes, and are a must for those who love wide sandy beaches and a more traditional seaside town. Between Cinquale, Forte dei Marmi and Viareggio, which are all typical of the Versilia coast, there are also long sandy beaches and unique coastal dunes, especially between Viareggio and Torre del Lago. The holiday resorts along the coast are also worth noting: the exclusive Forte dei Marmi, charming Viareggio, Marina di Pietrasanta and Lido di Camaiore.

Within less than 100 km you can reach cities of outstanding artistic heritage such as Lucca, Pisa, Parma and Genoa. In under than two hours you can visit Florence and Milan. In addition, the airport closest to us is Pisa, which is about an hour’s drive away.