The family of Mario Maffei, the owner of Montagna Verde since 1995, has long been engaged in a process of enhancing and protecting the beautiful ancient village of Apella and its Tower. The Tower has now become the centre of the Montagna Verde “Agriturismo” in Lunigiana, north Tuscany, pursuing the development of sustainable tourism and organic agriculture, while at the same time maintaining the surrounding agricultural landscape.

Lunigiana is a land of ancient civilization and age-old traditions. It has, however, one unique feature which Mario and his family constantly commit to preserve and sustain: its rural way of life. By this is meant the traditions, the culture, the environment, the local hospitality and the rural lifestyle of the area. It was this heritage which irresistibly drew the young Barbara and Luca Maffei back to their roots.

After different life experiences, in different cities, Barbara and Luca decided to return to Lunigiana and help their father in the agritourism project which is Montagna Verde, with a view to creating a sort of “Albergo Diffuso” (Diffused Hotel), adapting, renovating and restructuring a significant part of the village of Apella. This has led to an expansion in hospitality and the welcome development of the farm in terms of environmental sustainability and authenticity, the same authenticity on which the generous offerings of the “zero km” restaurant are based and which are produced by Luca himself (the “agri-chef”).

There has also been expansion of the farming business, including bringing the ancient chestnut orchards and vegetable gardens in and around the village back into use. The agricultural heritage of the area is preserved through pastoral farming methods using breeds in danger of extinction. This is possible thanks to the meadows which cover the hillsides of the National Apennine Park.

Underlying all this is an ambitious project: to restore dignity to a rural architectural heritage, partially abandoned and dilapidated, but of great charm and originality, whilst respecting the spirit and the identity of the area. This to be achieved without building so much as a square meter from scratch while maintaining and enhancing the surrounding agricultural landscape.

The architectural, structural and functional restoration work was carried out with reference to an integrated design. This followed principles and techniques of construction geared to lower energy consumption to protect the environment, resulting in a reduction of emissions into the atmosphere and maximizing use of renewable energy sources. Buildings were also thermally insulated. 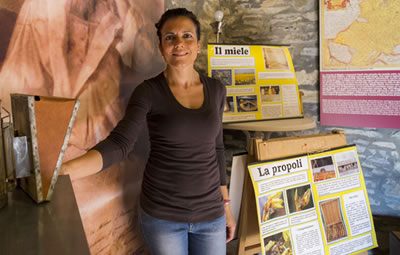 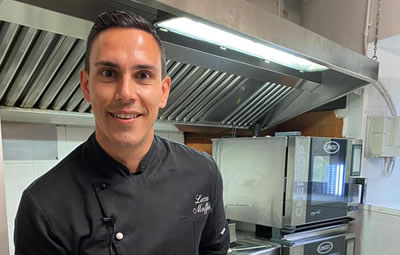 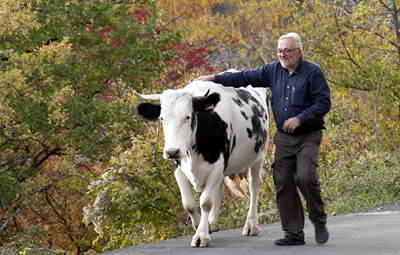 Today the village of Apella has accommodation belonging to Montagna Verde scattered throughout the village. These may be found in the traditional buildings of the “Borgo Antico” (The Old Village) and “Il Castagneto Apella” (The Apella Chestnut Grove), and include properties which used to belong to the old manor house, such as “Cà della Sciora“, ” Cà  di Barotto” and “Cà dei Santi “. These are located amongst other houses in the village, some of which are still partially inhabited.

Management is handled centrally by Montagna Verde, and the whole provides an innovative model of “diffuse hospitality”, a sort of “virtual hotel” where an authentic experience is offered to tourists and they can enjoy the real lifestyle of a rural village.

Montagna Verde in some ways is similar to, and shares many of the features of, a single floor hotel, where the “entrance lobby” is the village square, the corridors are the streets and alleys of the village, and the rooms and apartments are the medieval houses. In this way the “temporary resident” can become part of the village, in full contact with its inhabitants and its everyday agricultural activities.